The River Roding has had an enigmatic settlement of large houseboats at Barking’s town quay for twenty years. At odds with the draconian regulation of the primary canal network, Paul Powelsland saw the upper River Roding as an opportunity to establish a new model for how those living on boats could positively impact a locale; both natural and human. Having set sail for the Roding in 2017; which had become largely inaccessible to the public and was effectively derelict; Paul became the first livaboard boater the upper river had seen.

Early champions of this initiative were the late Johnny Patterson; a legendary figure who lived on his barge ‘La France’ at the Town quay and Elaine Sealey; resident of the Harts lane estate, adjacent the river. Relatively quickly a trickle of inland navigators arrived to form the community of boat dwellers that make up what are now the river Roding trust moorings. Following the establishment of the charity this (and hopefully further) sites for boats became instituted with formal arrangements with the relevant bodies. 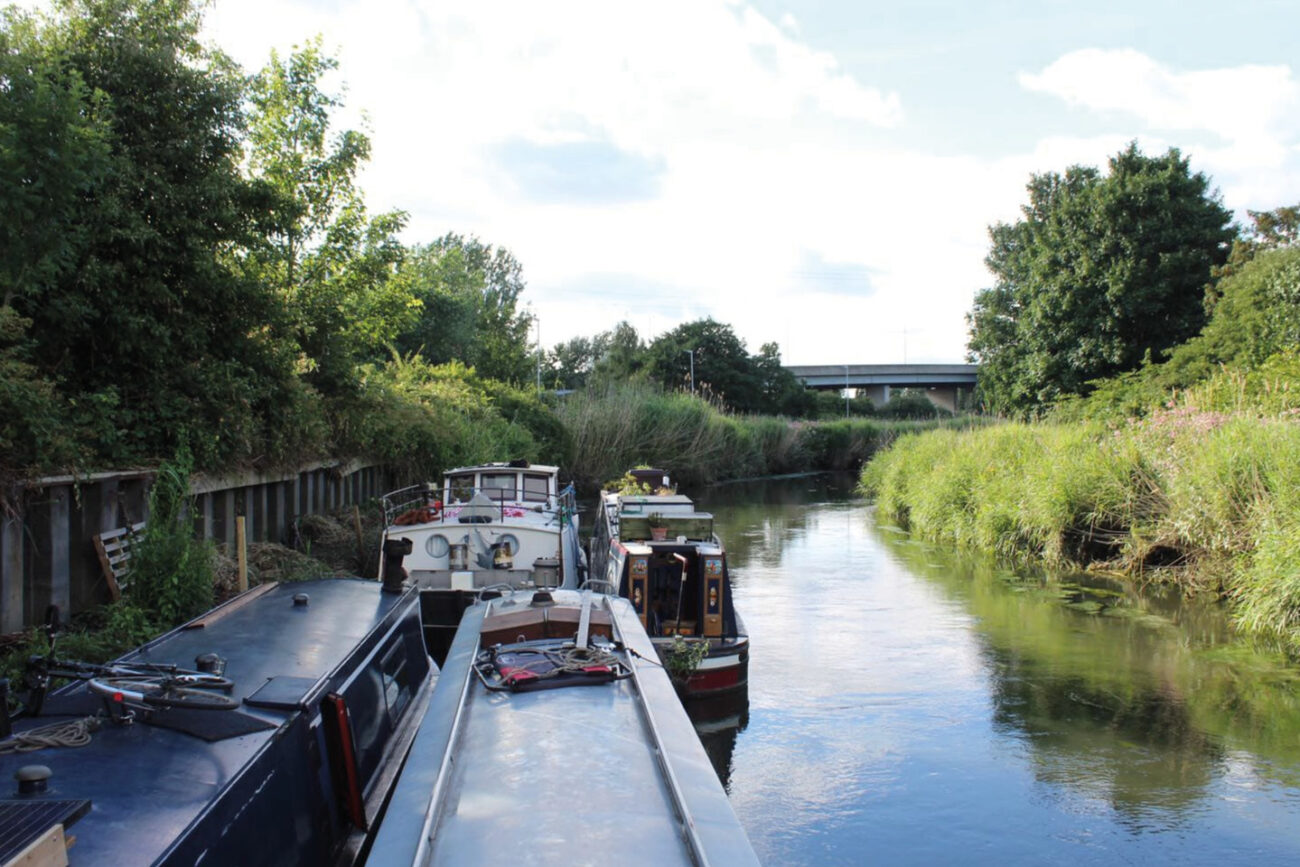 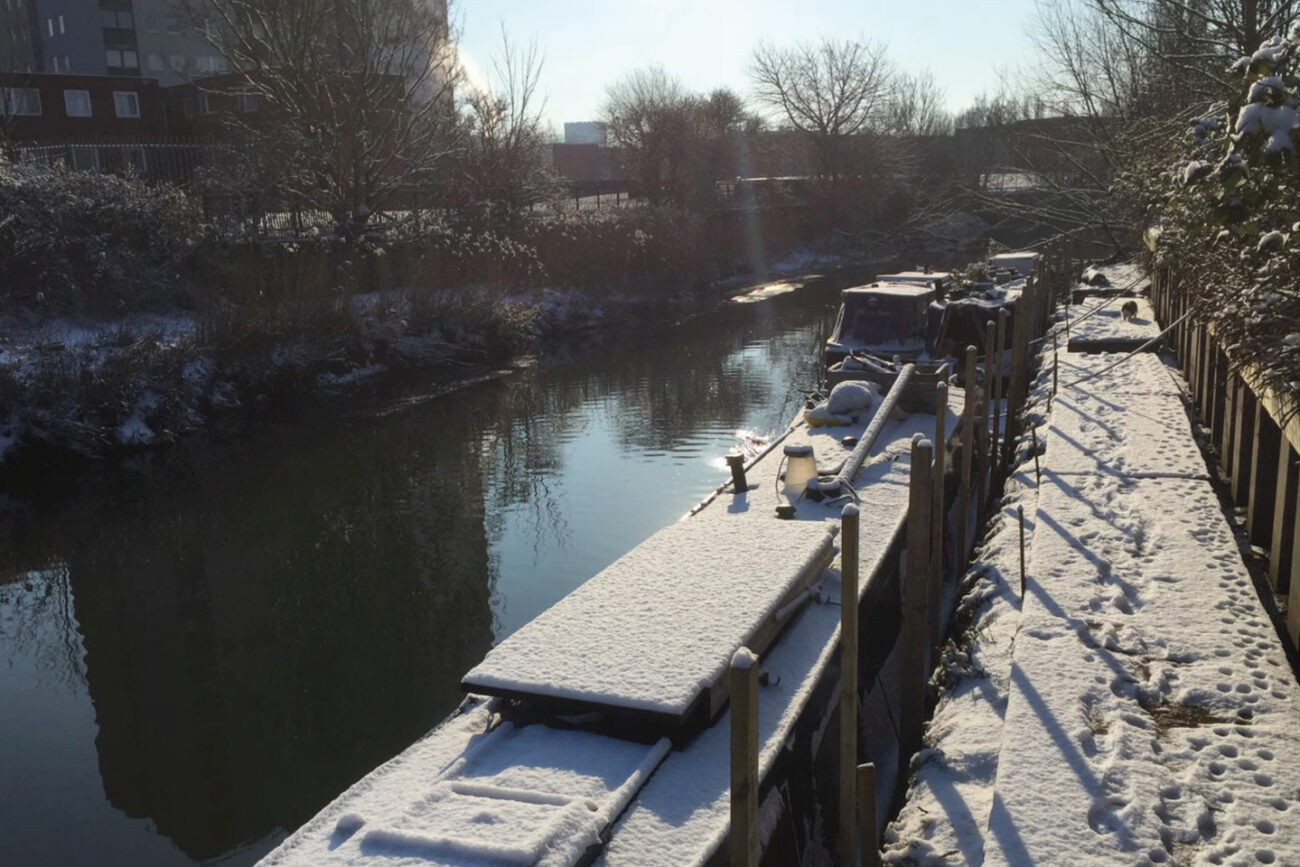 The vast majority of fees paid by those keeping boats on the river; and calling it home go into restoration projects undertaken by the trust. With features of the broader vision including reinstating the conditions of the river necessary for navigation and making the lost landscape north of the moorings a place for public enjoyment of nature. A unique opportunity to engage with the river as it winds its way to Ilford.

The scale of the project is considerable. Pollution and refuse choke the watercourse, but thanks to enormous community support and engagement – much has already been achieved.

One of the vessels to have found safe harbour at the River Roding Trust moorings is Gaia the community eco-boat. Complete with living sedum roof, cob wall construction, rocket stoves and a wood fired pizza oven incorporated into her bows. The plan is for this to become a key space from which the trust can host events. Making cohesive the bonds between those who live on and around the river, or come from further afield; with the shared vision of celebration in its restoration. Enriching the lives of those who love this peculiar; but beautiful bubble of nature. In the midst of a new emerging East London metropolis. 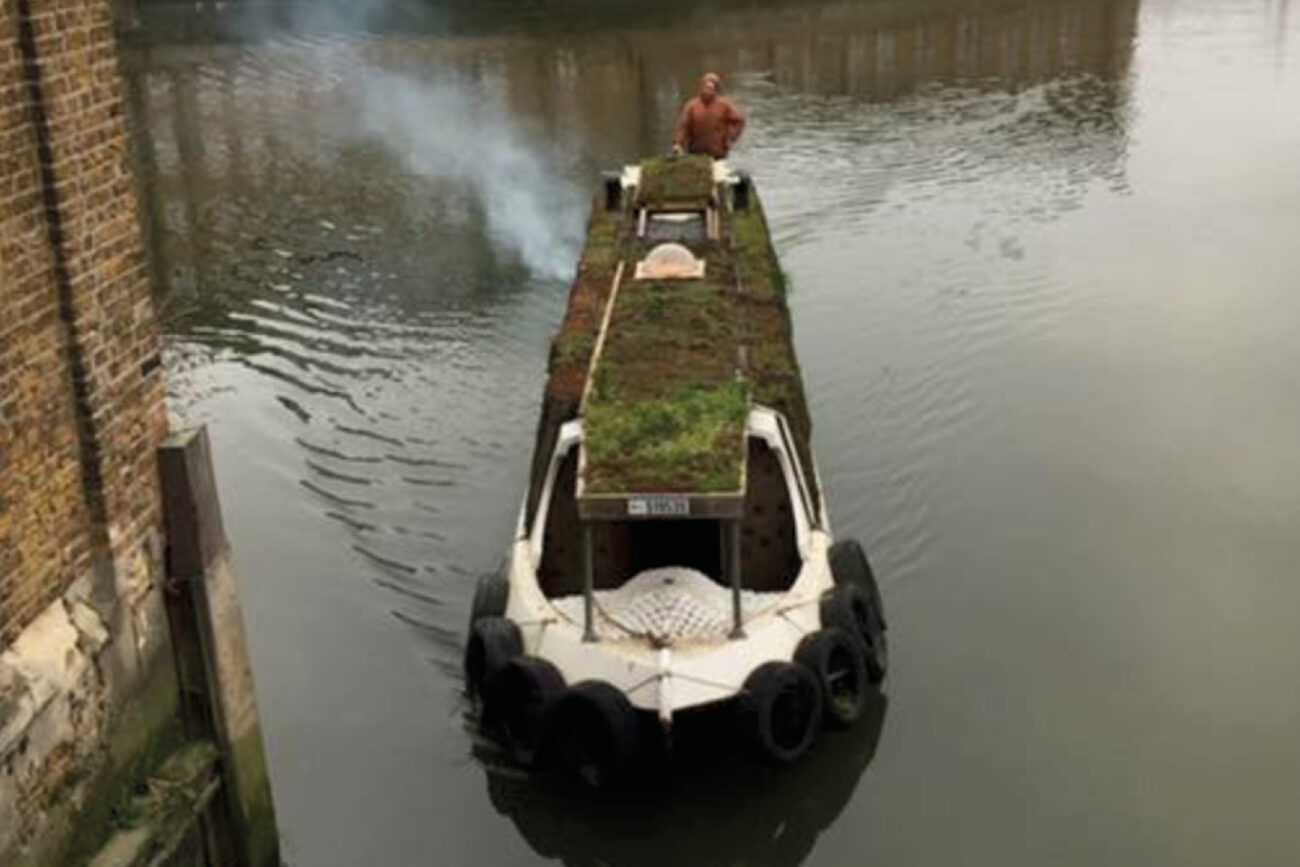 “To preserve, protect and restore the River Roding for the public benefit and to undertake and carry on projects and activities of a charitable nature related to the river which will assist in promoting recreation, protecting the environment and educating the public about the history of the river.”– River Roding Trust

Over the past few years, we have already achieved a lot, working on a budget of around £5,000 per year, all of which is voluntarily contributed by the boaters who live on the river and form the backbone of the project. The things we have achieved include planting 100’s of trees along the river, removing significant amounts of rubbish from the river, putting in benches and flower beds for local people along the river and re-opening overgrown riverside pathways. Following our charity registration, we have plans to significantly increase the amount of work we do in relation to restoring the river. 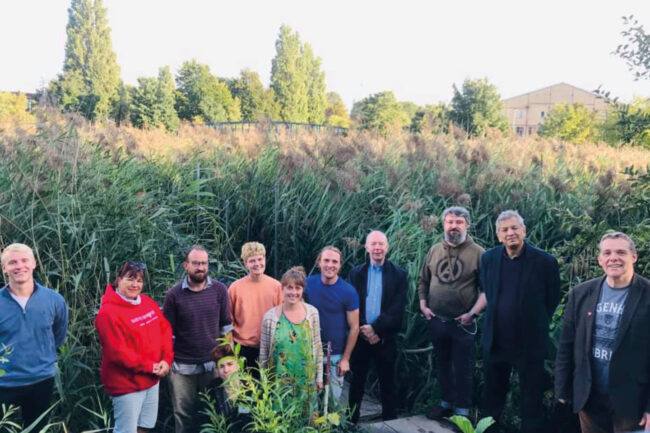 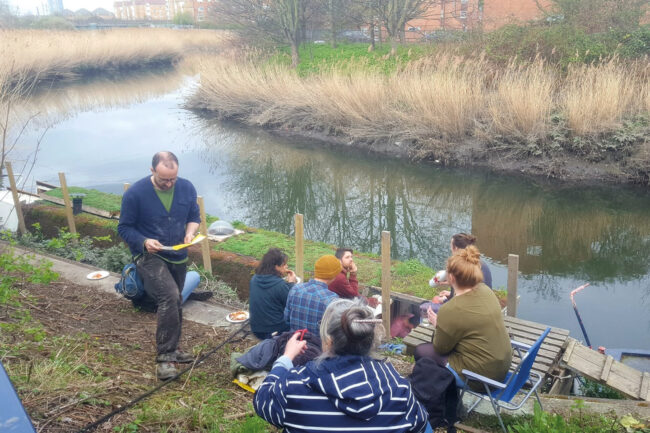 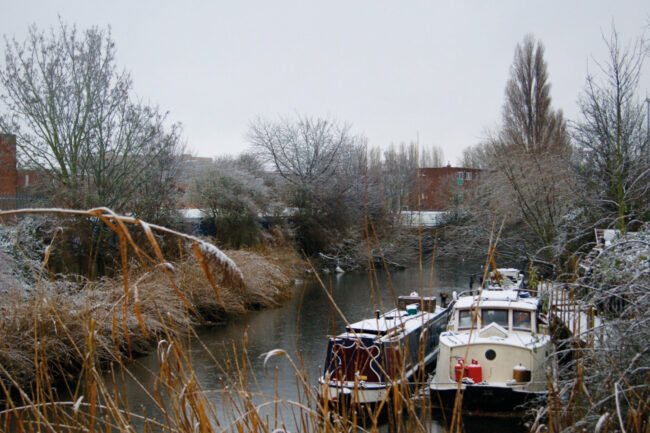